There’s no job too big or too small for us to take on.

GEB supplies and installs both temporary and permanent signage. Ranging from no parking and street names to roadway and DOT large-scale installs like highway and freeway.
Get a Quote 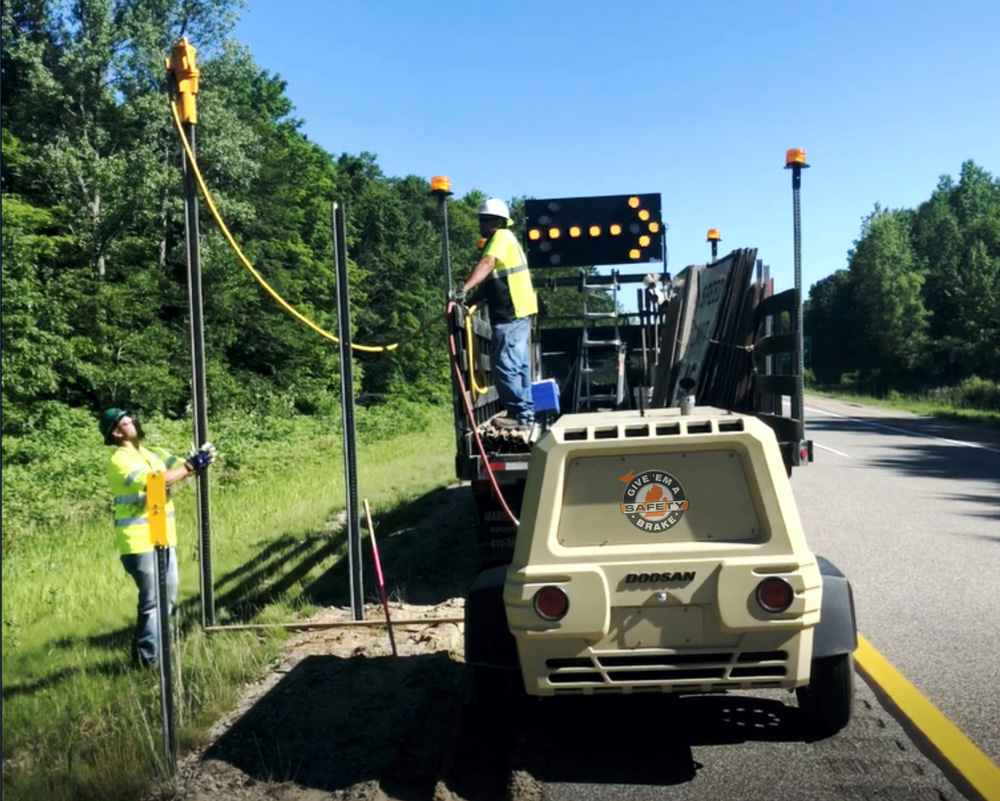 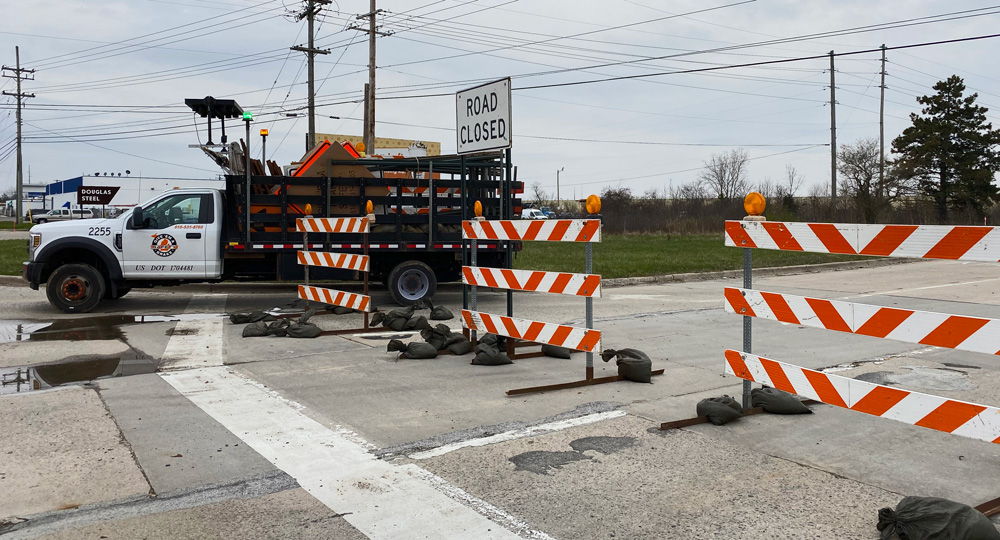 Our road closures effectively close one or both directions of any roadway. Detour routes are anticipated and posted accordingly.
Get a Quote

Freeway closures are high risk, highly technical closures. Our trained staff will keep your crews, and your work zone, safe. 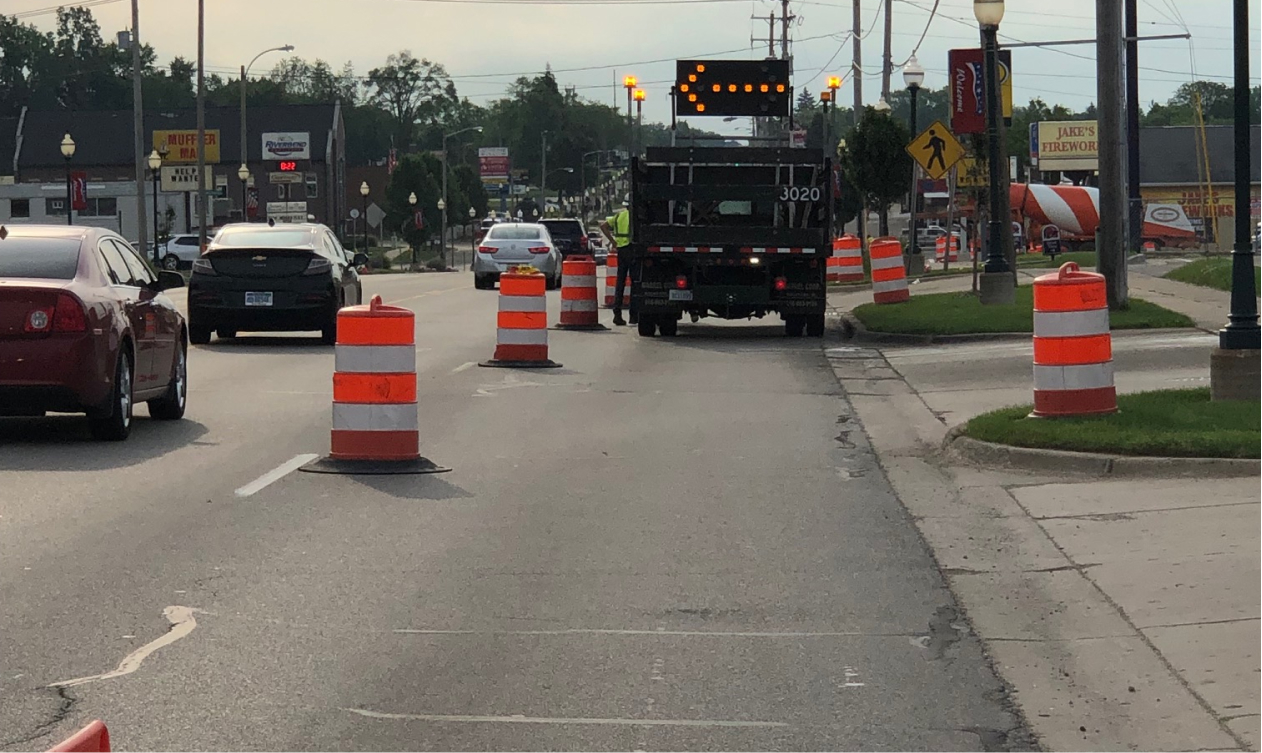 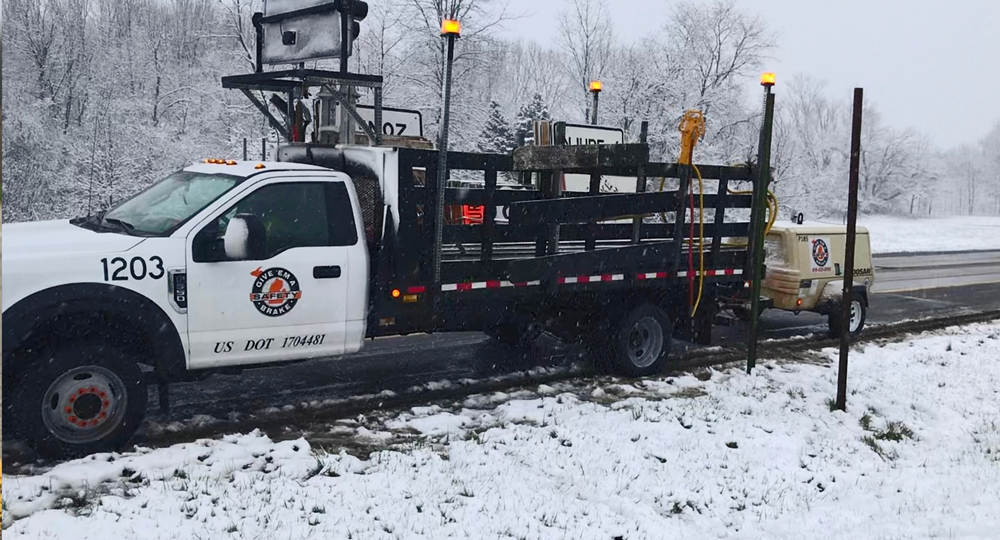 Our years of experience in a variety of special events, including parades, marathons, festivals, concerts and filming projects.

Our flagging operators provide temporary traffic control through flagging operations to ensure the safety and traffic flow through road construction sites.
Get a Quote 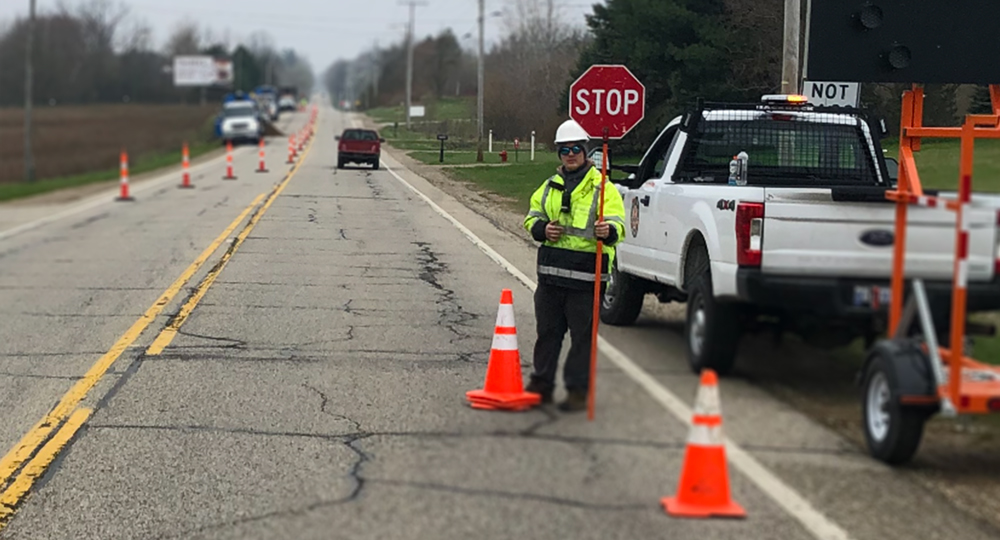 Our years of experience in a variety of special events, including parades, marathons, festivals, concerts and filming projects.
Get a Quote

At Give ‘Em A Brake Safety we stride to offer the very latest and greatest technology to enhance safety and mobility in and around work zones.
Smart Arrow Boards

Connected arrow boards to monitor the status of the board, and connecting to various navigation applications to provide motorist up to date information about
work zones.

This system will alert drivers of an upcoming traffic slow
down or stopped traffic and inform them to use both lanes until designated merge point. The system should reduce the length of the upstream queue by 40% which may reduce conflicts at
nearby intersections. Therefore, by utilizing both traffic lanes, the differential speed between lanes is significantly decreased since both lanes travel at approximately the same speed. Drivers receive positive directions on lane usage and merging, which clears disagreements between drivers and reduces road rage.

When properly designed and deployed for a specific Project, a VSL system will advise drivers of an appropriate vehicle speed to allow them to travel through the work zone with minimal braking. The system determines the average speed of downstream traffic and advises upstream traffic of an optimum speed to approach the queue.